Widely regarded as one of punk music’s most influential bands, Face To Face has announced details of their forthcoming April 9th release, Three Chords and Half A Truth. After some two decades as a touring band,  Trever Keith and company have settled in with Rise Records.

A glimpse at the artwork and a preliminary track list are now available. 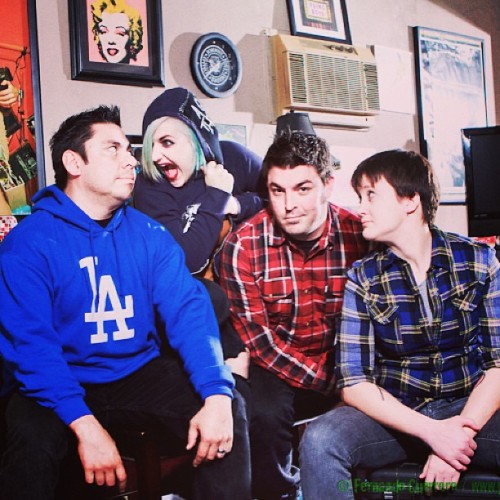 Among working class bands, there is an additional satisfaction that comes with every milestone. A big show, a great review, a small tour, maybe even some cash – these are the especially sweet cherries on top for the musicians that trudge along in an effort to play their songs in front of a receptive, reciprocating audience. The misconception by now, has long been dispelled. The imaginary backstage full of important folks and warm hospitality is usually a dusty corner, some cold, domestic beers and a second to collect your thoughts before it’s time to hit the stage. Glamor, far from it.

For Southern California’s FICTION REFORM, the grind is all too familiar. Between small clubs and bar shows, the band has earned mainstage performances alongside the likes of Misfits, The Vandals, and most recently, Social Distortion. In part, the reason the band has earned those coveted spots is because they figured out long ago that performing music was just the fun part of the job.

As a crucial part of the Basement Records family, front woman Brenna Red and bassist Danielle Lehman talk about remaining viable in the eyes of their fans almost more then they do about songwriting. Having music featured on multiple TV series including The Dudesons and Rob Dydek’s Fantasy Factory both on the MTV Networks, the ladies echo a sentiment that seems to resonate in everything the band does – taking the stage is the fun part, but that only seems to happen ideally, when the business of being in a working class band is in order first. To be in this band, you need to work, earn, then you get the reward of letting it all show on stage. Watch edition of the Circle Sessions featuring the ladies of FICTION REFORM.

Spin is preimering the brand new music video from Riverboat Gamblers for ‘Comedians’ Check it out at the link below!